Apple’s growing range of earbuds are dedicated to its own iPhone and iPad users, the latest models cost a hefty amount for increasingly specific features, but the earlier ones are still available with a great deal of value.

One step down: Generic earbuds are available for all budgets, but these have plenty of features

As with most things in technology, the first Apple AirPods made the most hype but weren’t the best technology. Now the second-generation AirPods are here, things are looking a lot better, and they remain more competitively priced than the Pro models.

While the second-generation AirPods are visually identical to the originals, including the case, there’s a new chip inside that speeds up performance, reduces audio latency, and boosts phone talking time from two up to three hours, a 50% jump. While audio performance is the same, there are some other new features.

They are also voice-activated, so users can go “Hey, Siri” and start triggering audio requests. That’s helpful but the touch controls on the AirPod stems are still pretty useful and can be configured in the app menu. Perhaps the coolest feature isn’t in the AirPods, but when you open the charging case, your phone shows their charge status and other information.

Not bad for a gadget that most of us only ever listen to our playlists through!

While not the state of the art when it comes to AirPods, Apple has made some big improvements over the original AirPod model.

Please note that this website contains affiliate links, and we may receive a commission for purchases made through these links. 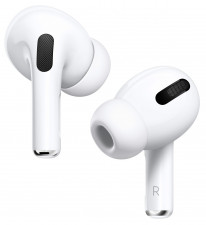 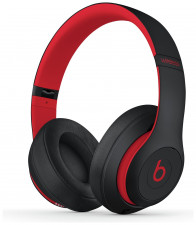